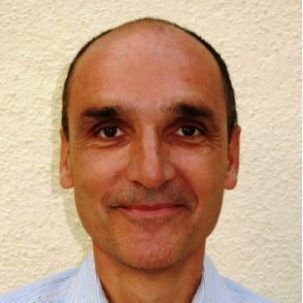 Golo Joachim Pilz was born in 1960 in Frankfurt, Germany. He has completed Secondary State High School (Gymnasium, Abitur) and obtained apprenticeship diploma as a Carpenter and Builder. In 1984, Golo joined the Brahma Kumaris, a worldwide spiritual organisation with its spiritual headquarters in Mount Abu, India. Golo has now more than 35 years’ practise in Raja Yoga and is an experienced meditation teacher who lectures on a wide range of spiritual topics. In 1989, he founded the charitable trust “IndiaCare” with headquarters in Berlin and has been its president for more than 12 years. From 1990 onwards, Golo has lived in Mount Abu, India. In 2009, Golo became a founding member of the Brahma Kumaris Environment Initiative and, each year since, has participated and lectured at the UN climate change conferences.
Since Golo moved to India, he has been actively engaged in the research and development of renewable energy projects. He is the adviser for renewable energy of the Brahma Kumaris and its sister organisation the World Renewal Spiritual Trust (WRST). Golo has initiated, with technical and financial collaboration from the Indian and German Governments, various innovative research projects that are focused towards rural adaption. He advocates sustainable solutions through an ethical and values-based approach.
From 2010 – 17, Golo has been co-ordinating the design and construction of “”India One””, a 1MW solar thermal power plant at the Shantivan Campus of the Brahma Kumaris / WRST. This advanced power plant, based on parabolic dishes, features thermal storage for continuous operation, generates heat and power, and is a landmark in the future Indian renewable energy scenario. “”India One”” is managed by WRST and partly funded by the Indian Ministry of New and Renewable Energy Sources (MNRE) and the German Ministry for Environment, Nature Conservation and Nuclear Safety (BMUB).