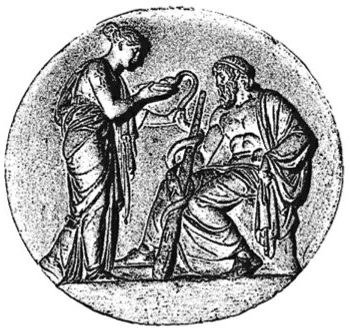 Graduate and PhD from the Medical School of the University of Ioannina, and has been practicing medicine as a freelancer in Ioannina since 2006. She has served as head of working groups of international organizations against infections. He continues to be active as a consultant to various respective international organizations on zoonotic diseases, epidemic models and preparedness for bioterrorism episodes.
He has served as editor of leading European scientific journals in the field of infectious diseases, referee of at least 90 international scientific journals, papers presented at leading European conferences, projects funded by various organisations (Nestle Foundation, French Academy of Sciences, etc.)
His research work in the field of public health, epidemic models, infections and especially zoonoses is internationally recognized (he is included in the list of the most influential Greek scientists of all time in the international literature*). His publications have received various awards, and he has been honored by the University of Caesarea and has received fellowships from the University of Ioannina and the International Aids Society. Part of his scientific writing is summarized here:
https://scholar.google.gr/citations?user=kn7QfjkAAAAJ HYPERLINK https://scholar.google.gr/citations?user=kn7QfjkAAAAJ&hl=en”& HYPERLINK https://scholar.google.gr/citations?user=kn7QfjkAAAAJ&hl=en”hl=en
*: based on the “Tractatus on the Sixth Fame” by John P.A. Ioannidis, pages 62-75, Cedar Publications 2016